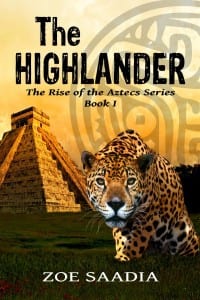 Born in the Highlands, Kuini thought his life was simple. You hunt and you fight, defending your towns against the raids of the Lowlanders and then raiding their lands in turn. His father was the Warriors’ Leader, and he wanted to be just like him. Yet, Texcoco, the mighty Capital of the Lowlands, seemed incredibly beautiful, sparkling, its pyramids magnificent. A friendship with the Lowlander boy, the First Son of the Texcoco Emperor, seemed harmless in the beginning. They were just … END_OF_DOCUMENT_TOKEN_TO_BE_REPLACED