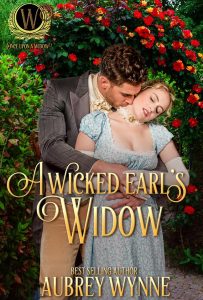 A Wicked Earl's Widow by Aubrey Wynne Eliza is forced into marriage with a rakish husband who is surprisingly kind to her—until the earl’s sudden death. Now her abusive father is on the brink of financial ruin and plans another wedding. Nathaniel, Viscount of Pendleton, gains his title at the age of twelve. Fifteen years later, his family urges him to visit London and seek a wife. When Pendleton stumbles upon Eliza on the road, defending an elderly woman against ruffians, he finds … END_OF_DOCUMENT_TOKEN_TO_BE_REPLACED