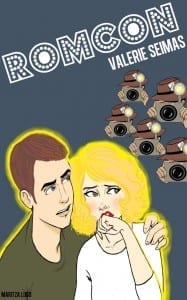 Madison Duncan has an image problem – and she just fired her publicist. Dubbed the Ice Queen since the age of sixteen, none of those comic book fans like her cast as the iconic superhero Purple Purpose – especially when her hair is the wrong color. The fans judge her, tabloids gossip about her, and bloggers just love knocking her down. And even though she’s starred in some of the most beloved movies of the last decade, there doesn’t seem to be anything Madison can do about it. That is … END_OF_DOCUMENT_TOKEN_TO_BE_REPLACED