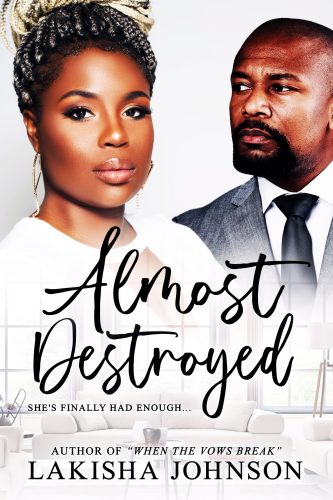 Almost Destroyed by Lakisha Johnson Ava Gentry met Andre, thirteen years ago, when he was the officer who responded the night she was attacked. Years later, he's still treating her like that scared and broken girl with no self-esteem in need of saving. Every chance he gets, he tries to destroy her with his words and actions leaving her feeling unworthy of love and respect.   The sad reality was it wasn't the first time she's felt this way. From being abused by her grandfather to even worse … END_OF_DOCUMENT_TOKEN_TO_BE_REPLACED