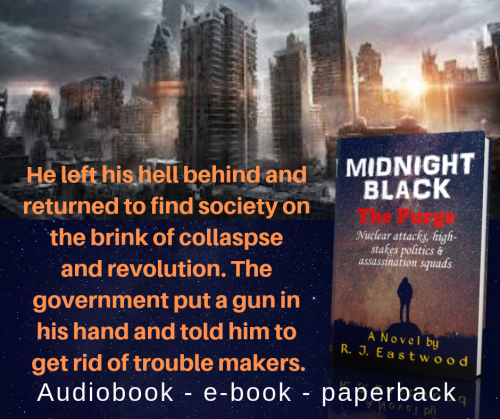 Midnight Black - The Purge by R. J. Eastwood Ex DEA agent, Billy Russell, committed a heinous crime against a man who committed an unspeakable crime against him. Billy was sentenced to 20 years hard labor in total isolation from the outside world. Without explanation, he is suddenly paroled 5 years early. Returning to society, he learns that an isolated nuclear attack has spread primal fear of a nuclear holocaust, which allowed autocratic billionaires to seize control of the world. But the … END_OF_DOCUMENT_TOKEN_TO_BE_REPLACED