For centuries, the Great Bell was silent... It remained undisturbed, nearly forgotten by history, hidden away in the ruins of an abandoned fortress. The enchantments within its iron slumbered, its secrets protected by silence. Until someone discovered how to ring the Bell, other secrets would remain safe. One day, while running an errand, a young store clerk took a wrong turn, then another, until he found himself deep within the old fortress where the Great Bell waited. It waited for … END_OF_DOCUMENT_TOKEN_TO_BE_REPLACED 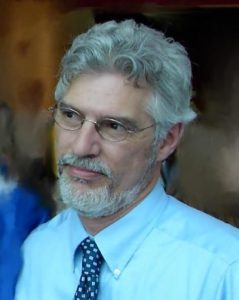 About William Timothy Murray: I was born in southern Georgia (United States), and I still reside in northeast Georgia. I've lived long enough to see the tremendous changes that have taken place in the landscape and culture of the American South. I think my writing reflects some of what I remember and see. Although The Year of the Red Door is a fantasy, many of the things within the tale come from my observations and personal experiences. Small town life, rural hardships, poverty, work ethics, … END_OF_DOCUMENT_TOKEN_TO_BE_REPLACED