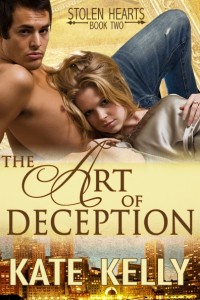 Cold, hard facts make a case, but there’s nothing cold or hard about FBI Agent Vince Gage's prime suspect, Sophie Pascotto. Despite incriminating evidence and that his job is at risk. Gage can’t convince himself Sophie is guilty. He struggles to balance the facts, but there’s one fact he can’t ignore--he’s falling in love with Sophie. Someone has set up Sophie and her brother to take the fall for art forgery and drug smuggling. When Gage discovers Sophie has received death threats, he … END_OF_DOCUMENT_TOKEN_TO_BE_REPLACED