About Asher Ames: Former copywriter and creative director Asher Ames went from writing sexy advertising copy to spinning taboo tales of forbidden lust -- and ended up one of Amazon’s best-selling self-published erotica authors. Even after releasing more than 50 titles, Asher has yet to satisfy an urge to write about off-limits relationships and temptation close to home. Too Taboo is Asher’s latest bundle, crammed with 10 stories about hedonistic characters who know no boundaries. What … END_OF_DOCUMENT_TOKEN_TO_BE_REPLACED

About BJ Wane: I live in the Midwest with my husband and our two dogs. I love dogs, enjoy spending time with my daughter, babysitting dogs and kids, reading and working puzzles. We have traveled extensively throughout the states, Canada and just once overseas, but I now much prefer being homebody. I worked for a while writing articles for a local magazine but soon found my interest in writing for myself peaking. My first book was strictly spanking erotica, but I slowly evolved to writing … END_OF_DOCUMENT_TOKEN_TO_BE_REPLACED

Emma decides to take an extended summer holiday to the Swiss Alps. She is determined to try to overcome the self imposed melancholic state she has wallowed in since losing her loving partner five years earlier. She is outraged to find herself chaperoned by a very attractive alpine hiking guide, that her over-protective father hired. Can Emma overcome her sense of loss whilst battling the unexpected desire she feels for the forceful Melissa? Targeted Age Group:: 18+ What Inspired You to … END_OF_DOCUMENT_TOKEN_TO_BE_REPLACED 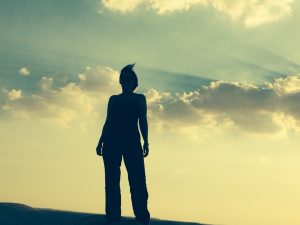 About Leandra Summers: Leandra Summers was born in South Africa. She grew up in Namibia with a loving family spending weekends in nature. (Occasionally even being chased by an Elephant or Rhino). She pursued a career in the Mental Health field travelling to various Middle Eastern and Mediterranean countries to work. Her love of interacting with and developing people led her into the management field after completing her Masters Degree. Writing is a passion of hers and she embraces life to the … END_OF_DOCUMENT_TOKEN_TO_BE_REPLACED

Jealous and angry, her relationship with Connor in tatters, Sylvie decides to escape her penthouse prison. She flees to an isolated cottage in the Catskill Mountains where she hopes to lick her wounds and mend her broken heart. Sylvie has a new job and a new life, far from the hustle and bustle of the city, far from Connor Hudson's rules and control. She may have escaped her lover, but not the killer. He knows where she is…and he's coming to claim her! Targeted Age Group: Adults 18+ Book … END_OF_DOCUMENT_TOKEN_TO_BE_REPLACED 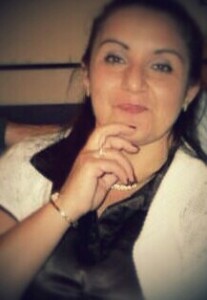 About Mya Larose: Mya Larose was born in Turkey in the eighties, educated in France, studied in Cambridge University. She is a thirty-three year old youngish woman living in northern Ireland, now, with her wonderful Northern Irish husband as well as her children and a wee granddaughter. Mya was attracted to books since she could remember. As she grew “older” her love for books followed. She always wanted to write but had this fear of refusal. Putting her phobia aside, she pulled her big girls … END_OF_DOCUMENT_TOKEN_TO_BE_REPLACED

"Erotica at its naughtiest" - Erotix Review Tempting, teasing, and often taboo, these tales of lust, longing, and desire will leave you salivating for more. From a hot threeway where the female protagonist gets more than she bargained for to sensual lesbian lovemaking right through to sizzling vampiric sensuality, explore new and exciting sexual horizons with this collection of diverse and intense erotica. Ever fantasized about being spanked? Or having hot illicit sex with a married man? … END_OF_DOCUMENT_TOKEN_TO_BE_REPLACED