Featured Free Book: Book is free from 08/30/2021 until 09/03/2021 If the dates are the same, book is free one day only. About the Book A single dad. An autistic child. A dedicated teacher. Can they be what each other needs? After suddenly receiving custody of his five year old son, Ben must learn how to be a dad. The fact that he'd even fathered a child was news to him. Not only does this mean restructuring his sixty-hour workweek and becoming responsible for another human being, but … END_OF_DOCUMENT_TOKEN_TO_BE_REPLACED 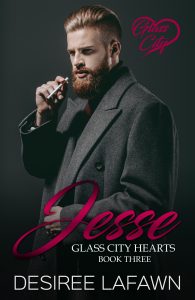 Blood is thicker than water. Blood is family, and nothing comes before family, that was the lesson that had been pounded into Jesse since birth. At least according to his alcoholic father, who had barely managed to stay just this side of being an absentee parent all of Jesse’s life. Now Jesse’s a grown man, and even though he has his own plans and dreams for the future, he’s given it all up—for family. He never wanted to run a bar. He never wanted to be a bartender. All Jesse ever wanted was to … END_OF_DOCUMENT_TOKEN_TO_BE_REPLACED

This book is bargain priced from 02/05/2014 until 02/05/2024 The reality check is here! Being a single mom is far from rainbows and unicorns. From the breakup to the parenting plans that actually work and everything in between, Knocked Up Not Out tackles some of the most difficult situations single moms face. Targeted Age Group: 16-30 Book Price: 2.99 Link To Buy Bargain Book … END_OF_DOCUMENT_TOKEN_TO_BE_REPLACED