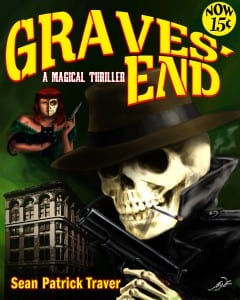 A modern-day witch helps an undead detective solve the mystery of his own resurrection in this magical thriller with a touch of classic LA noir! Los Angeles PI Dexter Graves was pretty sure his life ended back in 1950, after a mysterious femme fatale shot him through the head. When Graves involuntarily rises from his grave sixty years later, he finds himself drawn to freelance sorceress Lia Flores, who introduces him to an underworld he never could've imagined. Lia sets out to discover … END_OF_DOCUMENT_TOKEN_TO_BE_REPLACED