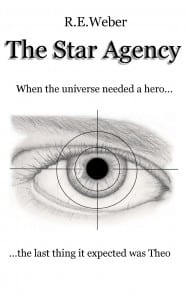 The Star Agency is an interstellar secret agent adventure for readers aged 10 and above. It follows the adventures of a thirteen-year-old boy, Theopolis James Logan, and several of Earth’s brightest young people, thrust into a life of excitement and danger on another world, defending a galactic alliance against a dangerous and resourceful enemy. Despite its sometimes-fantastical elements, the story is strongly character based, dealing with friendship, fear, love, loss and the growing pains of … END_OF_DOCUMENT_TOKEN_TO_BE_REPLACED