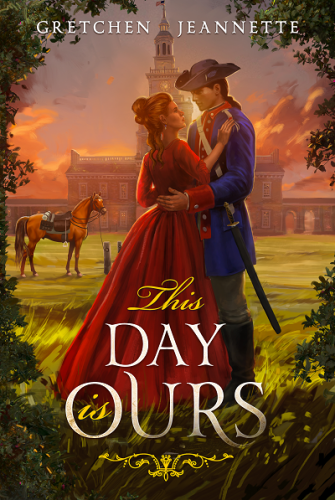 This Day is Ours by Gretchen Jeannette The American Colonies, 1776. As the flames of revolution spread across a divided land, a shadowy figure prowls the streets of Philadelphia. Known only as Jack Flash, rebel highwayman, he preys on wealthy aristocrats loyal to the British Crown. The unpredictable outlaw always manages to stay one step ahead of his foes, until the night he targets a Loyalist lady whose fiery spirit could spell his doom. Alexandra Pennington has her future well planned when … END_OF_DOCUMENT_TOKEN_TO_BE_REPLACED