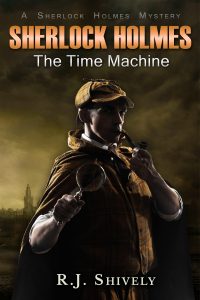 It’s 1915; Britain is at war with the Kaiser. Sherlock Holmes and Dr. Watson, working with British Intelligence, decipher encrypted messages describing a profound discovery. Professor Moriarty has unearthed something. An alien device from an advanced civilization, thought to be long dead. Both Holmes and Watson realize that it’s a gateway that bridges both time and space, allowing the traveler to go anywhere, to any time. In pursuit of “The Napoleon of Crime,” Holmes and Watson find themselves … END_OF_DOCUMENT_TOKEN_TO_BE_REPLACED