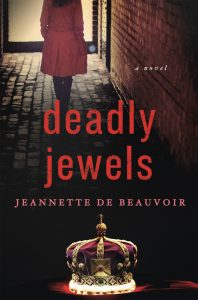 When Martine LeDuc, publicity director for the city of Montréal, is summoned into the mayor's office, she's pleasantly surprised to find the city is due for a PR coup: a doctoral researcher at McGill University claims to have found proof that the British crown jewels were stored in Montréal during WWII. Martine is thrilled to be part of the excavation project, until it turns out that the dig's discoveries include the skeleton of a man with diamonds in his ribcage and a hole in his skull. Is … END_OF_DOCUMENT_TOKEN_TO_BE_REPLACED