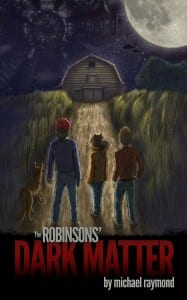 When Victoria Robinson told her brother their parents were secretly aliens, Nate assumed his younger sister was just spinning her usual conspiracy theories. After their front door was broken down in the middle of the night and both parents were abducted by bizarre assailants armed with teleporting tazers, he didn’t know what to believe. The siblings soon find themselves facing a mysterious enemy that wants Earth for itself, and forge a tenuous alliance with a top-secret government agency in a … END_OF_DOCUMENT_TOKEN_TO_BE_REPLACED