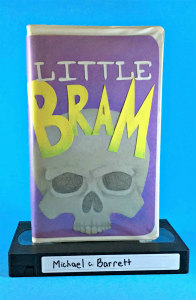 A 2018 Next Generation Indie Book Awards Finalist. It's the fall of 2002, and Skyler Bram is bracing herself for another year of torture from her half-sister Kina Dunlap. But when a family emergency strikes, the girls are forced to live under the same roof. Instead of drawing a line down the middle of their bedroom and letting the war wage on, Skyler and Kina make what they believe to be the mature decision to call a truce and put their past behind them. Together, they'll break each other out of … END_OF_DOCUMENT_TOKEN_TO_BE_REPLACED