POE I’ve been left for dead. Twice. I’ve been threatened countless times. And yet, someone up there still wants me alive. My name is Poe Chambers, better known as POET. A name given to memorialize a murderer. Bad things happened, and now I have to live with my mistakes. But in the center of all my chaos, There’s an angel. And my vow is to never allow her to suffer again. GRACE Poe has returned to me, But he’s not the same man I once knew. Tall, rough, brooding, and built like … END_OF_DOCUMENT_TOKEN_TO_BE_REPLACED

This book is bargain priced from 05/16/2014 until 05/30/2014 Welcome to the world of FULL MOON MERCY. This isn't just a book about a MC... this is about a brotherhood, a group of men who share a bond not just within the MC, but within their souls... They're men. They're beasts. They are... FULL MOON MERCY. ~ THE SECRET WOLF A Full Moon Mercy Novel Sitting next in line to run Full Moon Mercy Motorcycle Club, Lucas Trowwer has kept his fair share of secrets. Whether it's the cover … END_OF_DOCUMENT_TOKEN_TO_BE_REPLACED 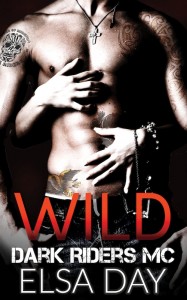 This book is bargain priced from 04/17/2014 until 04/28/2014 Which will she choose? Love, or safety? Lilly Clarkfeld just wants to be a regular college student. In her dreams she is a nurse, has a family, and is safe. That's not much to ask. But when she's forced to return to her childhood home because of her mother's illness, everything changes. Lilly's car crashes and she's taken in the night by the Dark Riders. It could have been any motorcycle club, but it was his. Lilly's … END_OF_DOCUMENT_TOKEN_TO_BE_REPLACED