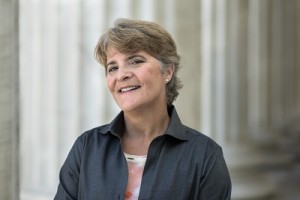 About Betta Ferrendelli: Betta Ferrendelli is the award-winning author of the Samantha Church Mystery Series featuring reporter Samantha Church. Her most recent novel is "An Invincible Summer." Many of Church's adventures come from Ferrendelli's own experience since 1989 as a prize-winning journalist for newspapers in Denver, Seattle and Albuquerque. What inspires you to write? I am inspired to write when I see people engrossed in the book they are reading. Years ago, I was working out one … END_OF_DOCUMENT_TOKEN_TO_BE_REPLACED

Robert Bratt is a veteran defense attorney whose faith in the justice system, and the role he plays in it, wavers when his daughter’s best friend is raped and the rapist is acquitted. The rapist’s lawyer twisted the victim’s testimony around to make her look like she was the aggressor, and Bratt knows this is exactly what he would have done in his place. But his daughter hates all lawyers now, including him, and that causes him to question the way he has always practiced his chosen profession … END_OF_DOCUMENT_TOKEN_TO_BE_REPLACED