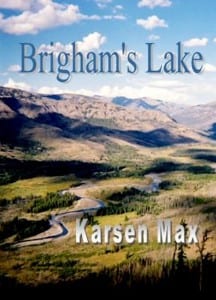 Wyoming rancher Brigham Davis didn’t ask for a lake to appear on his land. Its conception damn near killed him and he sure didn’t deserve all the problems that followed. Problems with his wife, problems with his neighbors, and problems with the government. Under those conditions, who could blame a man for being tempted by a willing woman if no one would ever know about it, especially since it looked like the mountains might kill them anyway? His mortal desires test the limits of his character … END_OF_DOCUMENT_TOKEN_TO_BE_REPLACED

Author Bio: Just a small-town girl with many interests and some stories that want to be told. Never enough time to manage all my projects and interests. Stupid things like work and at least the essential housekeeping chores seem to interfere! What inspires you to write? Those darn voices in my head that keep wanting to get out. Tell us about your writing process. Lock the doors, turn off the phone, and let the fun begin. Very little structure, it's always in my subconscious so it's just … END_OF_DOCUMENT_TOKEN_TO_BE_REPLACED