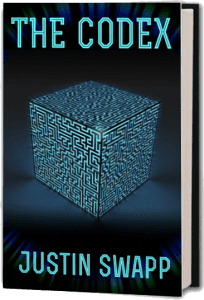 Follow an unsuspecting foreign exchange student named Sloan Boyle as a seemingly innocent interaction with a stranger in a Spanish Cafe leads to a dangerous series of events, and a weighty discovery that threatens everything Sloan ever knew about this world, and his role in it. Justin lives in the shadow of the great mountains of the Wasatch Front. When the NBA is in the off season, or is in a ridiculous lockout, he can be found somewhere in his study during the wee hours of the … END_OF_DOCUMENT_TOKEN_TO_BE_REPLACED