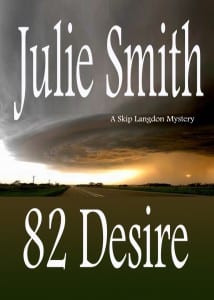 A WIFE'S WORST NIGHTMARE... At the airport, the husband says, “I’ll get the car, dear. You wait with the bags.” And she waits till doomsday. Turns out the car’s still there. But hubby’s not. It seems Councilwoman Bebe Fortier has misplaced her equally prominent husband, United Oil V-P Russell Fortier. Across town, part-time detective/poet Talba Wallis has a simple wish--to find out what Russell Fortier's disappearance has to do with her. But the private investigator who hired her to … END_OF_DOCUMENT_TOKEN_TO_BE_REPLACED 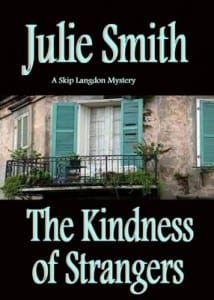 Politics makes the strangest bedfellows of all and in New Orleans, a psychopath’s running for mayor. Not just the usual harmless megalomaniac—a murderer and a monster. His supporters and a good proportion of would-be voters think he’s just a kindly preacher-man and handily crucify anyone who says different. Enter Detective Skip Langdon, who met the Rev. Errol Jacomine on a case, finds him pretty much the personification of evil, and can point to a pile of corpses to prove it. But … END_OF_DOCUMENT_TOKEN_TO_BE_REPLACED 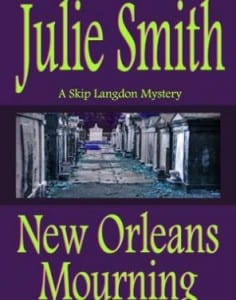 It's Mardi Gras in New Orleans, and civic leader and socialite Chauncy St. Amant has been crowned Rex, King of Carnival. But his day of glory comes to an abrupt and bloody end when a parade-goer dressed as Dolly Parton guns him down. Is the killer his aimless, promiscuous daughter Marcelle? Homosexual, mistreated son Henry? Helpless, alcoholic wife Bitty? Or some unknown player? Turns out the king had enemies. Enter resourceful heroine Skip Langdon, a rookie police officer and former … END_OF_DOCUMENT_TOKEN_TO_BE_REPLACED