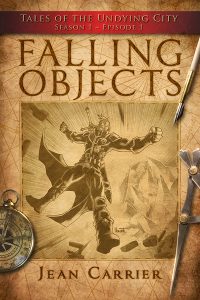 Sergeant Hektor Huxley, permanently scarred by the disastrous operation at Caer Griefheart five years ago, struggles to save the scattered members of his squad. Hailed as a hero for recapturing Hill 422 from the Deathwalkers, he knows none of them deserve the much bandied title of "Hektor's Heroes." On this fifth anniversary of the defeat at Caer Griefheart, can he rescue two of his men who are wandering the Deepstrom Plains hunted by the Moonhunters, a troop of fierce mercenaries? This book … END_OF_DOCUMENT_TOKEN_TO_BE_REPLACED