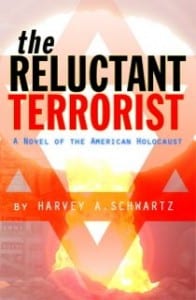 I am a civil rights lawyer in Boston. A few years ago I represented two Saudi detainees at Guantanamo Bay in Cuba. I returned from Guantanamo and told tales about the camp to my father, who as a Jewish GI had spent a year in a German prisoner of war camp. After a full minute of silence my father whispered, “We’re treating their boys worse than the Nazis treated me.” I wondered how deeply evil lurks in the American soul. What would it would take for America to turn on her Jewish citizens, … END_OF_DOCUMENT_TOKEN_TO_BE_REPLACED