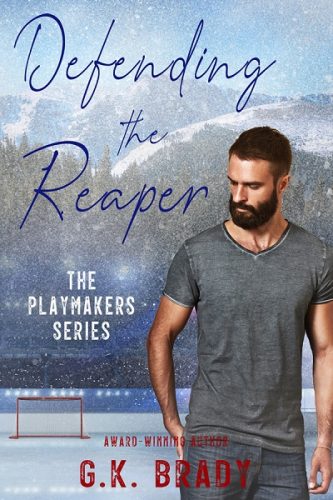 Defending the Reaper by G.K. Brady Blizzard captain Dave Grimson’s life is as tangled as a wad of skate laces—and it’s a mess of his own making. Used to being in charge, “the Grim Reaper” has become the team leader in name only. Adding insult to injury, he finds himself dumped and single. Though he’s determined to piece his life back together, it’s time to leave his team and his city behind. What he needs is a trade and a fresh start. Dating? He’s leaving that behind too, until he collides … END_OF_DOCUMENT_TOKEN_TO_BE_REPLACED