About the Book When Stetson inherits his father’s farm, he’s too focused on crops to pay attention to his finances. The next thing he knows, he has a stack of unpaid bills, the bank is threatening to foreclose…and the auditor who’s come to examine his accounts is the sexiest thing he’s ever laid eyes on. Jennifer doesn’t mind a tough job, but she knows handsome Stetson is trouble of a different kind. Can she find a way to save his farm? And if she can’t, will he ever forgive her? Download … END_OF_DOCUMENT_TOKEN_TO_BE_REPLACED 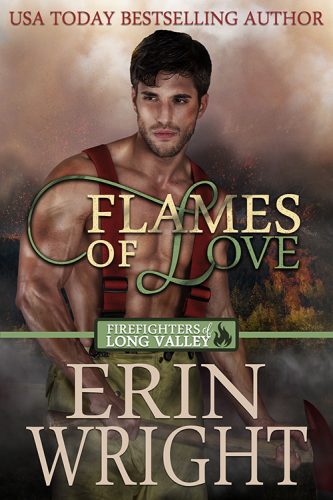 Flames of Love by Erin Wright As a firefighter, Jaxson Anderson is well acquainted with danger. He’s charged into burning buildings to rescue men and women, young and old. He’s scaled ladders that towered over blistering infernos, and defied blazes that terrified lesser men. Fire? He understands. Women? Not so much. Now *there’s* some real danger. He should know. He’s been burned before.  He’s not interested in romance, or the perils that come with it. His priority is caring for his two … END_OF_DOCUMENT_TOKEN_TO_BE_REPLACED