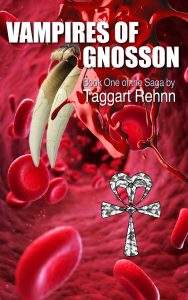 VAMPIRES OF GNOSSON, BOOK ONE It’s 2070. After almost thirty years of absence and presumed dead, Byron has come back from Gnosson to save Earth’s humans from impending extinction. True, he’s no longer human and far more powerful that any vampire, but the task won’t be easy. When human, he had been the sickly, socially awkward scion of a lineage going back all the way to Charlemagne and Theodosius II, only child in a loving if very unusual family of archaeologists, willing to sacrifice … END_OF_DOCUMENT_TOKEN_TO_BE_REPLACED

Seven years after the eventful night that Mina was almost turned into a vampire, she is now happily married to Jonathan Harker and has a lovely son called Quincy until her past comes back to haunt her. Mina’s life is thrown into turmoil as a gypsy sorceress with a hidden agenda casts a spell from the book of the dead to bring Dracula back from his grave. Mina’s worst nightmares are unleashed as her husband and child are brutally slaughtered and she is reborn with a bloodthirsty appetite and dark … END_OF_DOCUMENT_TOKEN_TO_BE_REPLACED 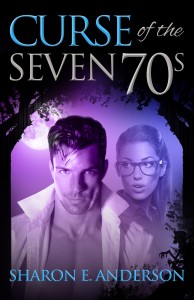 Sometimes love proves sweeter than revenge… even for a 15th century vampire. Heartbroken, hungry, and a little bit drunk, Cassandra soon realizes that just when she thinks things can’t get any worse, sometimes they can get very strange…like finding a skeleton in the basement of her newly inherited cottage. But when that skeleton suddenly becomes a hot, romantic, and business savvy vampire named Varo…things can get a little better. That is…until his infamous older brother shows up, and … END_OF_DOCUMENT_TOKEN_TO_BE_REPLACED

This book is bargain priced from 08/28/2014 until 08/31/2014 **Previously published as THE VAMPIRE VOSS** First book in a dynamic trilogy, first time offered at a promotional price! Even after centuries of lust, hedonism, and women, Voss rarely finds himself bored. As a member of the Dracule, he is a rogue of the first order, a man who loves nothing more than a warm woman, excellent vintage, and even a puzzling challenge to keep his mind active. But when one of his seemingly harmless … END_OF_DOCUMENT_TOKEN_TO_BE_REPLACED