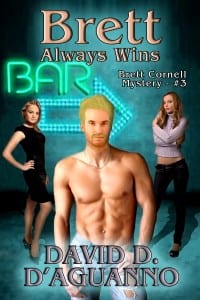 According to the police report, the attractive, blue-eyed blonde had been shot to death in her apartment at around 7:30 p.m. Then how was it possible that nearly 50 people saw her dining and dancing at a nearby club over 3 hours later? Set in the late 1980s, the third Brett Cornell novel finds the studly private detective surrounded by the usual bevy of beautiful women, as well as a few seedy characters who foolishly decide to butt heads with the supreme unscrupulous bastard … END_OF_DOCUMENT_TOKEN_TO_BE_REPLACED