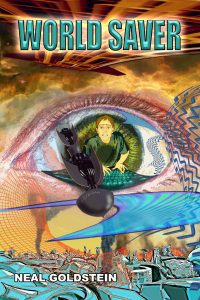 The pressure is on when gaming champ Cy Orbick learns that World Saver is more than just a video game. Now a planet's fate rests on his tensed shoulders and practiced fingers. And as if those stakes weren't astronomical enough, Cy soon finds out that World Saver, despite appearances, might actually pose a grave threat to him, his fellow gamers, and the entire universe. "For his debut, author Goldstein covers terrain that fans of Ernest Cline’s Ready Player One will appreciate. Though instead of … END_OF_DOCUMENT_TOKEN_TO_BE_REPLACED