Ethan Freeman, ex-Special Forces Ranger, is the sole survivor of a fiery commercial airline crash that killed his entire family. The FBI thinks he’s a mass murderer and domestic terrorist. Sam Weaver, the NTSB Chief Investigator, is an ex-military pilot and senses Ethan is innocent. Neither Ethan nor Sam realize shadowy spiritual forces are at work. An ancient evil, imprisoned since the time of the Pharaohs, has been released by a sinister group of powerful men and women who believe they are … END_OF_DOCUMENT_TOKEN_TO_BE_REPLACED

David Lighthouse was once a hard-hitting investigative reporter for the Denver Post—before he was accused of the brutal murder of his fiancée and his life unraveled. Now, six years later, he’s the assistant pastor of a small church in Florida. Armed with faith, sobriety, and a resurrected sense of purpose, he’s putting together a new life. But when one of his young parishioners is murdered, David’s old instincts reemerge. Once again the prime suspect, he fights to clear his name even as … END_OF_DOCUMENT_TOKEN_TO_BE_REPLACED 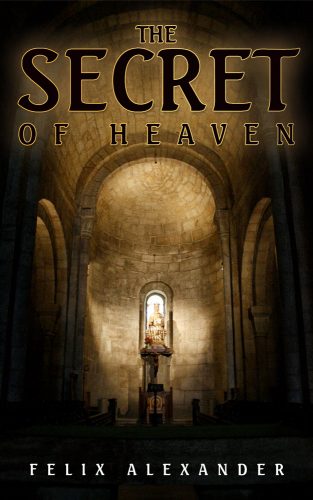 The Secret of Heaven by Felix Alexander When investment banker Lazzaro de Medici is found dead, Professor of Biblical Studies at University of Illinois at Chicago Aiden Leonardo is the prime suspect. In possession of an encrypted letter given to him by Lazzaro, Aiden utilizes his extensive knowledge of Scripture to piece together clues that lead to a Lost Bible dating back to the time of Christ. Hidden within the text is an ancient truth about the most controversial message Jesus left to … END_OF_DOCUMENT_TOKEN_TO_BE_REPLACED