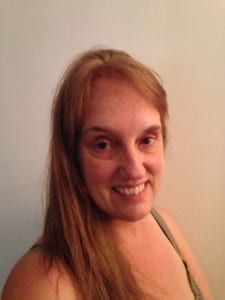 Author Bio: I live near the borderline of North & West Yorkshire, the Gateway to the Yorkshire Dales in England. My 4 children are all grown but I'm also very lucky to be a grandmother too. We are dog and cat owners. My wonderful husband assists Me with the complicated world of computers that allow me to publish my works for the world to view. Most of my reading is dedicated to the worlds within Fantasy Adventure, Urban Fantasy and even mild horror fantasy. I also like Historical … END_OF_DOCUMENT_TOKEN_TO_BE_REPLACED

Based on the world of Aarabassa where one half is dark and the other is in constant sunlight. A magic barrier divides the darker characters out of the Lightlands. Living in the Darklands are the monshaad wraith creatures who rule with their magic and mind powers. The monshaad Emperor Morte-Bielze summons his neighbour, Lord of the vamplins. There are no loyalties between the races. Only magic keeps the Emperor in his seat. At the other side of the Wall within the Lightlands, Rikka the hag … END_OF_DOCUMENT_TOKEN_TO_BE_REPLACED

As a new indie author I have attempted to put my novel in to paper back print via Amazon's CreateSpace. I was surprised how easy all the different stages were and was eagerly awaiting the arrival of my shiny new novel to arrive. What a shock when I opened the book to find that the font was so tiny, a mouse would need a magnifying glass to read it! What had I done wrong. After muchas pleading for help on the many different forums, I finally came to the conclusion that I had not changed the … END_OF_DOCUMENT_TOKEN_TO_BE_REPLACED