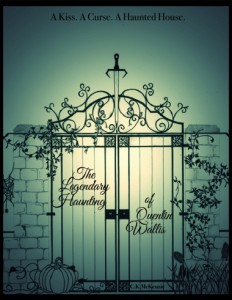 "It has been in the nature of fairy tales that they begin with ‘Once Upon a Time’ and end with a ‘Happily Ever After’. However this is not a fairy tale. It is a somewhat true story…" Quentin Wallis was not dead but neither was he entirely alive. He was something very much ‘in-between’. In short, Quentin Wallis was cursed. For a century he had been fated to live only on Halloween, seeking out his true love so that he might break the curse which had been laid upon him. The tricky situation … END_OF_DOCUMENT_TOKEN_TO_BE_REPLACED