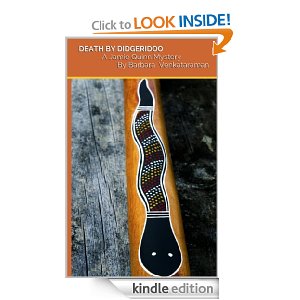 Reluctant lawyer, Jamie Quinn, still reeling from the death of her mother, is pulled into a game of deception, jealousy, and vengeance when her cousin, Adam, is wrongfully accused of murder. It's up to Jamie to find the real murderer before it's too late. It doesn't help that the victim is a former rock star with more enemies than friends, or that Adam confessed to a murder he didn't commit.   Targeted Age Group: 18 and above What Advice Would You Give Aspiring Writers? Write … END_OF_DOCUMENT_TOKEN_TO_BE_REPLACED

At 8,000 words, this collection of humorous essays explores such quirky topics as: disastrous home repairs, ("A Trip to the Hardware Store"), an unfortunate dinner party (“Dinner is Served"), the truth about lazy people ("Lazy Bones"), the weird life of a debt collector ("Your Account is Past Due") and obsessions with gadgets ("Gadget Girl"). Other essays examine how surreal the aging process is (“Where Did the Time Go?"), why you shouldn't judge a person by their job (“Beyond Belief”), and how … END_OF_DOCUMENT_TOKEN_TO_BE_REPLACED