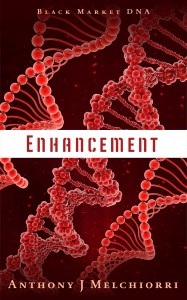 This book is bargain priced from 06/16/2014 until 06/30/2014 In the year 2058, Baltimore’s latest crime epidemic isn’t gangs or drugs—it’s illegal genetic enhancements. Before Christopher Morgan is even out of prison, he’s already on a hit list. He might have sworn off black market DNA for good, but someone out there is still after him. Once released, Chris doesn’t have time to figure out why when the boss at his new workplace is murdered. He enlists the help of his colleague and fellow … END_OF_DOCUMENT_TOKEN_TO_BE_REPLACED