Twenty-three year-old investigative journalist, Andy Miller is armed with her many disguises and creativity to take down the riff-raff of Saint Louis. When her stepbrother is murdered by the mob, Andy soon discovers she’s out of her depth. Enter Hugh Donaldson who has reasons of his own for discovering the murderer. He’ll use everything in his power to achieve that, including lying to Andy about his past. Dangerous as he is attractive, his martial arts skills and his quirky ways raise Andy’s … END_OF_DOCUMENT_TOKEN_TO_BE_REPLACED 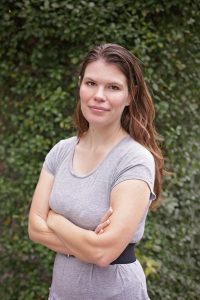 About Amey Zeigler: Amey wrote her first mystery with her best friend in fourth grade. She loves mystery. She loves romance. She loves suspense. She loves action, adventure and comedy. But she wants it to have a happy ending. Amey loves writing about different places because she grew up moving all around the United States. In her books, she explores the whole world. She lives with her husband and three children near Austin, TX. Follow her on Twitter @ameyzeigler and sign up for her … END_OF_DOCUMENT_TOKEN_TO_BE_REPLACED