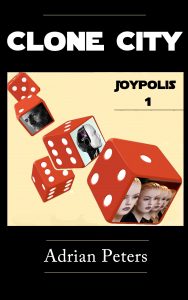 About the Book Clone City narrates the story of a city called Joypolis whose inhabitants believe it is the last civilized outpost of humankind. It is the first of a series of seven in The Joypolis Series. The story begins at the time when Joypolitans believe they have overcome all the challenges of their turbulent past. In a world devastated by the impact of asteroids, they believe they alone have survived thanks to a single act of monumental importance – the decision to clone. Three hundred … END_OF_DOCUMENT_TOKEN_TO_BE_REPLACED