You are here: Home / Fiction / Fantasy / Syndi by Robert Powell 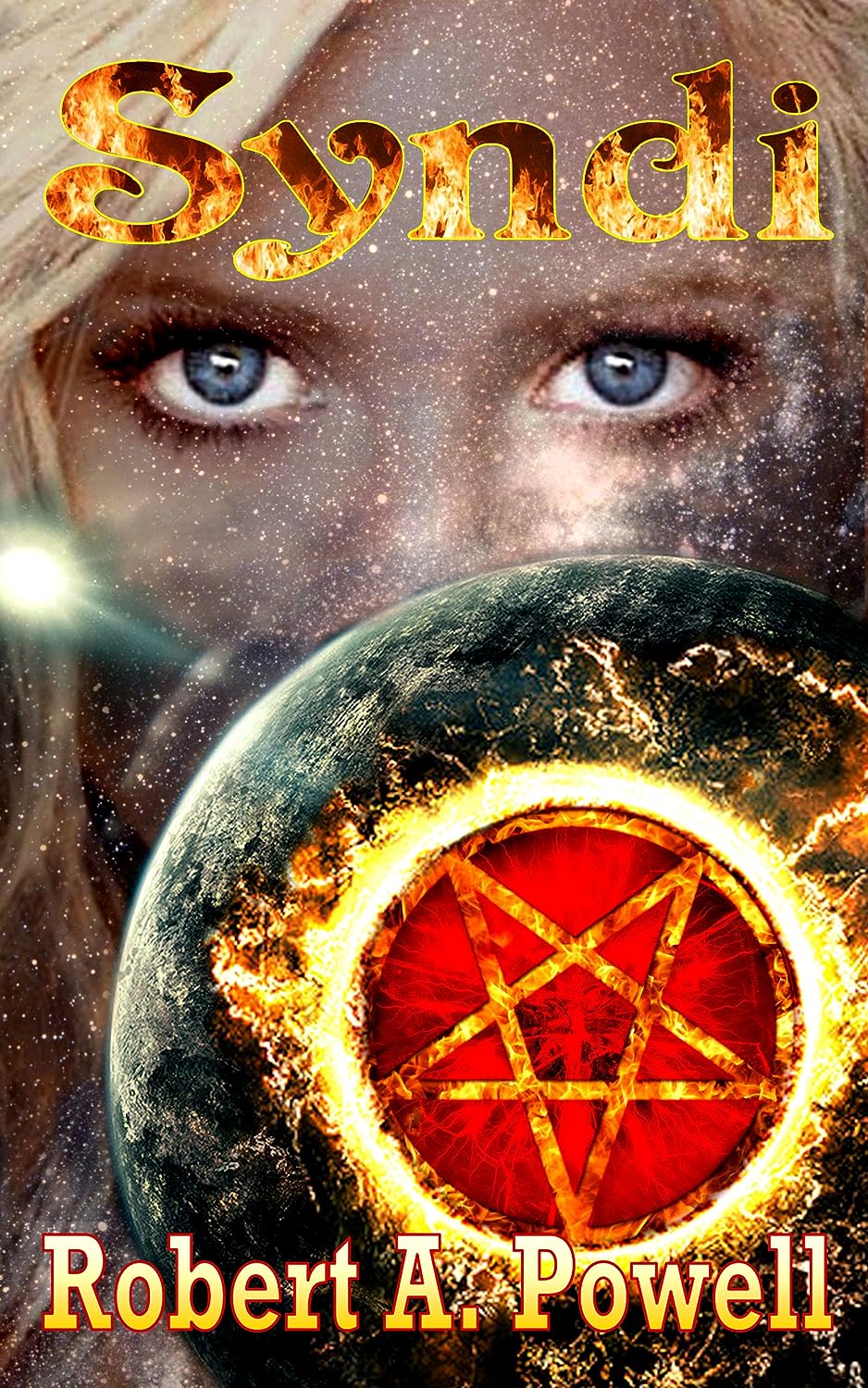 This is a spellbinding adventure into the mysterious world of witchcraft and the supernatural; combining frightening nightmarish visions with extraordinary experiences of everyday reality.

Syndi takes us on a wild exotic trip into the unknown in order to create The Ultimate Coven. This can only be accomplished with 12 young females, all born within 12 months of each other, but with no two born under the same sign of the Zodiac. As the disciple for this generation, Syndi must create a Coven of Evil, using a Warlock with her same Zodiac sign. The 12 designated females who are incognizant of their role, are initiated into witchcraft and ritualistically wed to Satan.

A disciple of Darkness is born every twenty-five years. It is the sole task of that individual to perform a mission to regroup the diabolic energy of magical power that has become scattered throughout the world. This can only be accomplished during the disciple’s twenty-fifth year.

What Inspired You to Write Your Book?
Interest in witchcraft and numerology spurred an intrigue to develop some unique concept that would tie the two in some unique story.

How Did You Come up With Your Characters?
They developed with the story.

Book Sample
The forces of evil must regenerate to full power within a life-cycle which is equal to one human generation. Every twenty five years, a disciple of the “Prince of Darkness” is born into this world. It is the destiny of this chosen individual to initiate and perform a ritual necessary to regroup the diabolic energy that has scattered throughout the world.

That emissary of Satan must come as an insignificant and unsuspected shadow in the night, in order to perform the task in due diligence without alerting those who would be able to prevent or thwart the mission.

All the forces of energy, the powers of the supernatural, are channeled into one focal point of time and space, creating an extreme dynamic intensity which can renew the forces of evil to full strength only in one specific opportunity that occurs four times during each century.

If the assignment is not successfully fulfilled, the force of evil on earth continues to weaken, until the next disciple is ready for the challenge in another twenty-five years.

About the Author:
The distinctive art and writing of Robert A. Powell has long been acclaimed as a dynamic force in capturing and depicting vibrant images of Kentucky’s remarkable history and heritage. His track record includes 35 published books, plus hundreds of art prints, sketchbook calendars, and articles about Kentucky subjects.

A native Kentuckian Robert A. Powell grew up in the Appalachian foothills of Powell County and the Bluegrass country in Fayette County. His love for Kentucky’s heritage and history has taken him to all 120 counties – to research, photograph and sketch. RAP is an author, historian, teacher, photographer, speaker and artist.

Powell worked as a journalist for the Clay City Times, Lexington Herald-Leader, and Owensboro Messenger-Inquirer. He taught journalism, art and English at high schools in both Kentucky and Florida, and served as a public relations specialist for the Kentucky Department of Education, the U. S. Office of Education, and Appalachian Regional Hospitals.

Robert A. Powell was selected as one of the original Kentucky Heritage Artists in 1972, and was named Author of the Year by the Kentucky School Librarians in 1985. He has received many honors and citations from various groups across the state.

Powell’s most popular books include THIS IS KENTUCKY, his first book (1974). Some of his other more popular works include Kentucky Governors, Kentucky’s Covered Bridges, Sketches of Kentucky and a miniature book, Kentucky Sketchbook. True Kentucky Legends, released in 2002, reveals the exciting true story behind 14 of the most prevalent Kentucky legends in American folklore.

He was proclaimed by the Lexington Herald-Leader as “quite likely the most influential popular chronicler of Kentucky in recent years.” Even the website that features his art and writing www.kyhawke.com is primarily dedicated to Kentucky subjects.

Links to Purchase eBooks
Link To Buy SYNDI On Amazon