You are here: Home / Bargains and Freebies / Bargain Books Under $3 / Swingers Luau by Jake Ellwood 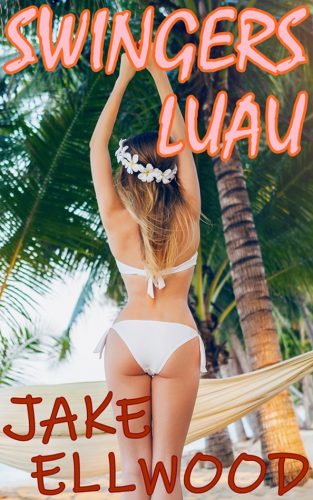 Kim knew that she and her husband, Jim, needed to do something new to rekindle their marriage, but was afraid to bring up the subject. She planned a trip for them to a luau with their friends, but didn’t tell Jim the luau was at a clothing optional resort that swingers frequent. Jim quickly finds out about Kim’s deception, but instead of being angry, jumps right in.

What Inspired You to Write Your Book?
I went to a luau party similar to what is described in the book where there were many couples getting to know one another. The hula contest was the highlight of the evening and cheerfully received by an exuberant crowd. I embellished some on the actual events, but the outcome was so much fun, I needed to include it i the story.

How Did You Come up With Your Characters?
The characters in the story are a conglomeration of people I know, and people at the luau. I incorporated mannerisms from several people I saw into the main characters to show how they would react under the circumstances.

Book Sample
The smell of BBQ and smoke filled the air. There was a whole hog on a spit roasting over a charcoal fire. Two men in grass skirts tended it, basting it with large brushes made from bunches of banana leaves. A long table under a canopy was adorned with flower wreaths, chafing dishes, and bowls for a feast.

Since it was still early, there weren't very many people except for a couple seated at the bar, two couples at one of the patio tables, and a woman relaxing in the hot tub. The group took seats at the bar and ordered drinks.

Kim surveyed the bar area. A frozen drink machine was whirring on the counter behind the bar. “What's in that?” Kim asked.

“They'll knock your socks off,” he answered proudly.

“I'm not wearing any socks,” she sarcastically replied.

“You won't be wearing anything else either after a couple of these. I guarantee it,” he quipped.

“I'll take one,” she said enthusiastically.

“Me too,” Jennifer interjected.

Jim and Dan agreed to the same and the bartender served each of them a drink in a tall glass with a paper umbrella. They eagerly sipped the cool libations. Jim turned in his seat to observe the scene. Couples began arriving from their cabins and taking seats at the bar and around the pool. Most of them were attired in some kind of Hawaiian apparel. Those that weren't were given a lei to wear.