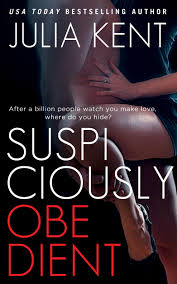 AFTER A BILLION PEOPLE WATCH YOU MAKE LOVE, WHERE DO YOU HIDE?

CEO playboy Michael Bournham stumbled into his wildest dream and worst nightmare while playing a middle-management employee role for a reality television stunt. Blackmailed and then outed by Hollywood producers for his sultry on camera escapades with his administrative assistant, Lydia Charles, Michael is stripped of his power, but full of desire.

He needs her, and would do anything to possess her, including hiding Lydia away in Iceland with a made-up job. He sends his best friend, Jeremy, to watch over her. Meanwhile, he disguises himself once more and inserts himself in her home town, desperate to get to know her world.

Lydia accepts a promotion and a transfer to remote Iceland, not realizing it’s a sham position Michael Bournham created to help hide her from the firestorm of the viral sex tape. A working vacation turns into something more frustrating as side glances and whispers from her new employees dig at her. Lydia’s disenchantment with her bold move is softened only by Jeremy’s appearance. Wild and loose, he fills the void in her life, and later — her bed.

A best friend with deeper intentions…

After over a decade of traveling the world and the bedrooms, dot-com millionaire Jeremy Forster wants only two things. The first: deeper relationship with Mike. The second: Lydia. Unable to resist, he becomes her confidante and bedmate, helping her to come to grips with her impulsive decisions and to find her way back home to Maine.

Where Jeremy’s suspicious obedience could cause him to lose it all.

What Inspired You to Write Your Book?
This book is part of a series.

How Did You Come up With Your Characters?
I get inspiration from everywhere.

About the Author:
New York Times and USA Today Bestselling Author Julia Kent writes romantic comedy with an edge, and new adult books that push contemporary boundaries. From billionaires to BBWs to rock stars, Julia finds a sensual, goofy joy in every book she writes, but unlike Trevor from Random Acts of Crazy, she has never kissed a chicken.