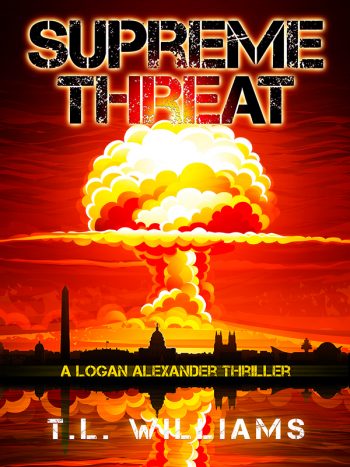 CIA Officer Logan Alexander is assigned to Los Alamos National Laboratory on rotation, to tackle the counterintelligence threats plaguing the lab. While there, Logan uncovers a plot by the North Korean Intelligence Service to penetrate the lab with operatives who, on the surface, appear to be upstanding citizens, but in reality are plotting a sinister attack against the U.S.

What Inspired You to Write Your Book?
I spent thirty years working at the Central Intelligence Agency, defending America against threats, domestic and foreign. North Korea, although a small country and for the most part, inconsequential on the world stage, has nuclear weapons and advanced ballistic missiles in their arsenal. Given the instability of North Korea's leadership, they pose a grave threat to our national security and that of the world.

How Did You Come up With Your Characters?
Logan Alexander, the protagonist in this and four earlier novels in the Logan Alexander series, is an amalgamation of many of the people I worked with at the CIA – smart, savvy, physically and emotionally strong, worldly and patriotic.