You are here: Home / Non-fiction / Still Looking Up by Fred Gordon 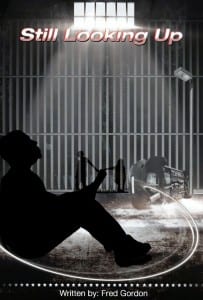 Not only does he live independently, you all most forget he’s paralyzed.

Targeted Age Group:
15 and up

How is Writing In Your Genre Different from Others?
This my first book so I haven’t tried other Genre.

What Advice Would You Give Aspiring Writers?
If your self-publishing make sure you have a Marketing budget.

Author Bio:
Freddie Gordon was born at Columbia Hospital for Women in Washington DC, his parents, Freddie and Gloria Gordon move to Suitland when he was 5. Graduated from Suitland High school with plans to attend Morgan State until he was arrested on drug charges and sent to prison for a year and a half. After release he attend UDC community college but for only a semester. Because of his recent drug conviction he was unable to get a job. He started working for a trash company that was own by a friends father that gave him a chance to work. After only working a few months he was in a terrible accident that left him paralyzed from the chest down. During his rehabilitation he went to school for Computer Aided Drafting, called AutoCad. After doing rehab and school for two years he finally was able to come home for good.

For the next few years he just winged his way through life doing things that was familiar to him. after two kids, getting saved, and a marriage, he went back to school for AutoCad to re-learn the program in hopes of finding a job this time. A week after graduating he started working for a coaxial cable company called Applied Specialties doing Mechanical drawings, but after only 5 years he was forced to stop working because Medicaid said he made to much money and threaten to take away his benefits. Two years after that he finished his first book, Still Looking Up and now looks forward to a career as an author.

What Inspired You to Write Your Book?
When I first go injured I was in and out the hospital, just by sharing my life with the staff mostly nurses, they would always say, you should write a book. Years later a small voice said, you need to write that book so I started writing the next day