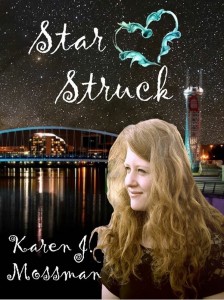 When life throws you a curve ball, who will there be catch it?

A story of love, loss, betrayal, friendship and kinship set in 1980s Manchester with fashion and music of the day.

Joanna Nelson is trying to escape her past, but is still haunted by it. When her mum suddenly turns up, it brings back memories of being locked in a dark cupboard, of beatings, and of being dressed up like doll. All of which have consequences that she still carries with her. Thank goodness she has a sister and good friends to support her. The trouble is it gets complicated when her best friend is a ‘he’.

Just when Joanna was through the worst, her life is turned upside with something she could never have envisioned. Who of her friends will be there for her? Or will she find herself alone?

Author interview will be completed after I have submitted this.

What Inspired You to Write Your Book?
I saw a 1984 Montreaux Rock festival and loved one of the singers. I think he was German and I’ve never heard of him since. I liked that he was so young and yet had such a powerful voice. He was dressed all in leather and was very good looking, too. His image stayed with me for many years afterwards. When I was thinking about what to write my novel about, I thought of him and as it was my first novel, the advice is to write about what you know. So I set it in an area close to where I lived. This made it easier to envision as I wrote. The story just grew from there.

How Did You Come up With Your Characters?
Apart from the one mentioned in what inspired me to write the book, one of the characters was loosely based on a boy I had grown up with. Next, I was looking for a male character who lived in the apartment below Joanna, my heroine. I remembered a host at a show I had been to, and the way he looked. I knew he would be perfect for ‘Mike”. As for Joanna, and her sister, they came from my imagination. I wanted something about her to stand out, so I gave her this rich chestnut coloured hair. I always wanted long hair like that, so I just gave her what I wanted!

Book Sample
Niko walked over. The blood was washed from his face, but it was covered in bruises. “Oh!” She lifted a hand to his cheek. “Your face looks terrible!”
He grinned, and put his hand over hers. “Nothing make-up won’t fix.” His voice was strong, but as his hand, as he gripped her, seemed to be trembling. Now she could smell – what was that? – after-shave? He must have just put some on – especially for her…?
“Why are you standing here?”
She suddenly realised she’d parked herself at the door, as if ready to run. “Oh, I was just having a look around the room.” She wondered if he had any idea of the affect he had on her. Butterflies in the stomach, shots of electricity. “And I’m a bit erm … embarrassed, really.”
A long strand of his hair hung over the side of his face, his dark eyes smouldered, and he still held her hand clasped to his face. Her heart was pounding, and she could hear herself gasp for breath.
“Why are you embarrassed?”
“Oh,” she stammered, “it’s just… just being here. Just because… this is not how I imagined seeing you again.” She couldn’t say it was because she wasn’t used to luxurious hotel rooms, or electricity.
“You mean, the way I look?”
“No – no, that’s all right.” She grinned desperately, and blurted the first thing that came into her head. “I love men with bruises and being dragged to a hotel after a fight. It’s just all this luxury I can’t stand.”
His eyes widened, and he choked back laughter. “I think you’ve hypnotised me.” He ran a hand through his hair. “I didn’t care how it happened,” he murmured. “I just had to see you.”
“Do you usually get what you want?” she said, attempting a cool tone.
“Yes, no – I don’t care, I just knew I was going to see you again the minute you walked into my train carriage.”
“Really?” She tried a wry smile. “Well, I thought you looked pretty annoyed with me.”
“I’m good at looking like that.” He drew closer.
“Yes… you are. It’s… horrible…”
He choked with laughter again, and his hand came up and cupped her face. Their eyes locked. He moved in to kiss her and her lips parted. At his touch, she felt a thousand volts shoot through her. He pressed her in tight, and she could feel every contour of his body.