You are here: Home / Bargains and Freebies / Bargain Books Under $3 / Socrates in Cyberspace by Scott O’Reilly

“You would not find the boundaries of the soul, even by traveling along every path: so deep a measure does it have,” so reckoned the ancient Greek philosopher Heraclitus. Today, however, most scientists and philosophers are writing the soul’s obituary. Brain imaging technologies, advances in Artificial Intelligence, and the apparent disrepute of many traditional conceptions of the soul are changing the way we understand consciousness. But is the “triumph” of scientific materialism warranted?

Socrates in Cyberspace examines the ontological status of the soul in 21st century. Weaving together science, philosophy, and even a touch of poetry Socrates in Cyberspace explores traditional conceptions of the soul ranging from Pythagoras to Wittgenstein, as well as the quirky world of quantum mechanics and its possible relevance to consciousness. What emerges is an intellectual adventure that is sure to kindle your sense of wonder, stir your imagination, and make you think of life in new ways. 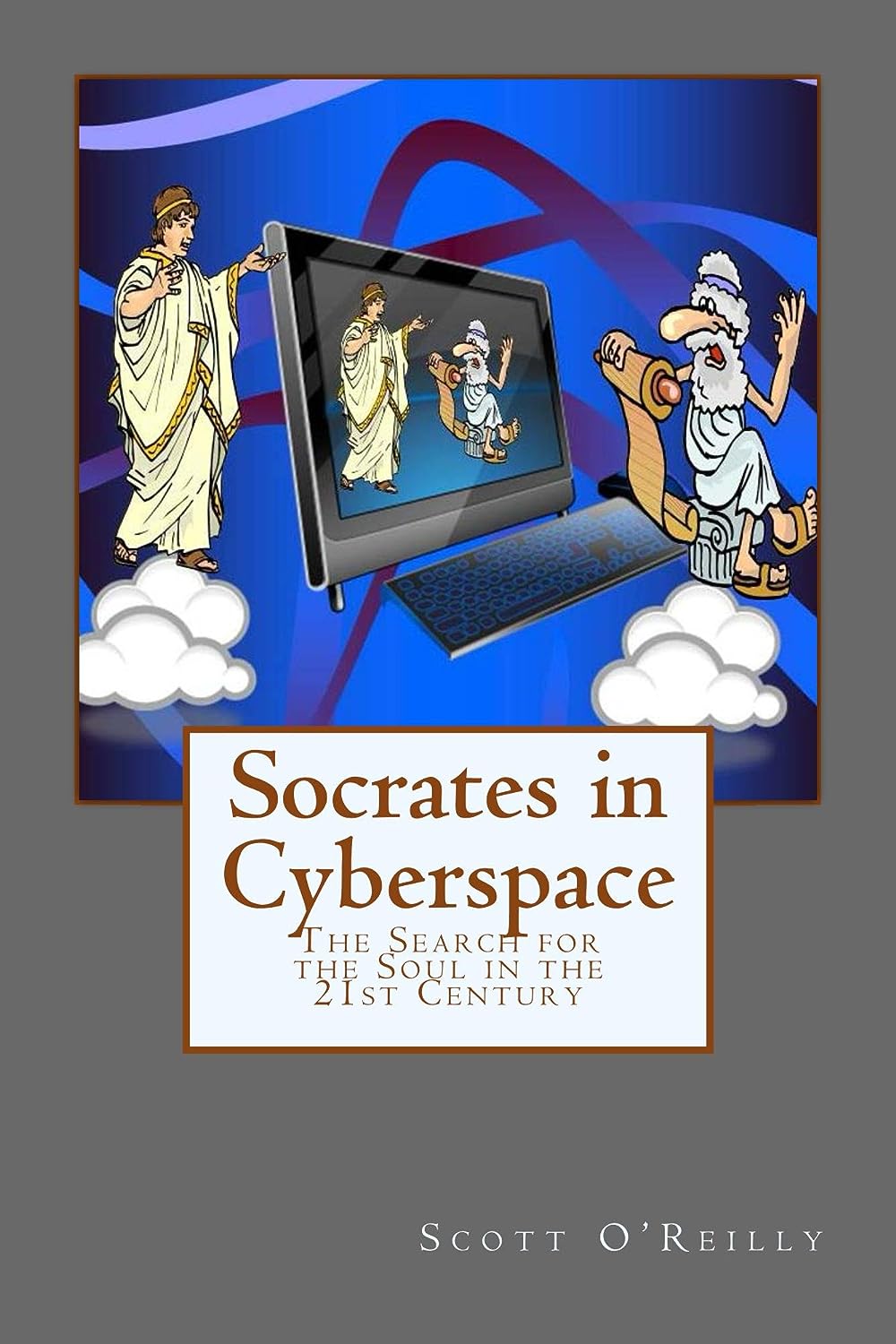 What Inspired You to Write Your Book?
I believe science and spiritually will ultimately converge. Today, science tells us how we can control our world, but it says little about value or meaning. In contrast, traditional religious outlooks provide emotional comfort and put our lives in a context, but their metaphysical claims are often incoherent or at variance with the facts.

The universe is not just stranger than we suppose, it is stranger than we can suppose. We live in a deeply mysterious cosmos. Our world is suffused with tremendous beauty and a subtle order. Why is this so? Why is there something rather than nothing? Was the evolution of conscious creatures inevitable? After all, as the late Princeton physicist John Wheeler once put it: “What good would the universe be if no one emerged to observe it.” In my view, the potential for sentience has been woven into the fabric of the universe from the beginning. Consciousness is like a flower, but its roots extend backwards in time billions of years and also into the fundamental realm of sub-atomic particles, which is governed by the paradoxical laws of quantum mechanics.

Modern day science is permeated by dubious assumptions. The notion that consciousness is a fluke may be one of these. But there is an exciting new cosmological narrative that is taking shape. For instance, the psychologist Zeising argued that nature aims at beauty. This is an astonishing thought. The notion that evolution has an aim or telos is out of fashion with most contemporary scientists, but there is something about beauty that attunes us to the world. Why is this so?

The philosopher Schelling believed that beauty was a bridge between consciousness and the cosmos. It is through beauty and wonder that the individual self comes to recognize its identity with a more cosmic Self. Socrates and Cyberspace is an attempt to sketching out a perspective that includes the best of science, philosophy, and spirituality. It is book about discovering a more soulful way of looking at ourselves and the world.

About the Author:
Scott D. O’Reilly is an independent writer, an amateur philosopher, and a hard-core acoustic guitarist. He earned a B.A in Philosophy and Psychology from Fairfield University. His work has been published in The National Catholic Reporter, Philosophy Now, Learning Through History Magazine, Think, Compass Magazine (U.K) and The Philosopher’s Magazine. He is a contributor to the book The Great Thinkers A-Z (Continuum, 2004). His Kindle e-books include: “Socrates in Cyberspace: The Search for the Soul in the 21st Century” and “Yes and Philosophy: The Philosophical and Spiritual Dimensions of Yes Music.” He is currently completing work on “Walking Out of Darkness” a book about working through the grief process.