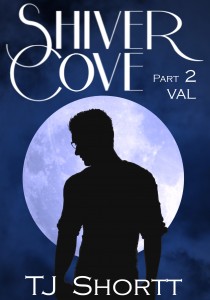 Shaken by suspicious deaths in Shiver Cove, Val begins his own investigation. Five teenagers have been brutally mauled to death and the police aren’t looking for a murderer. The incidences have been deemed as ‘animal attacks’ and it seems only Val and his friends are searching for the actual killer. Certain the attacks have been committed by a supernatural being, Val hunts for a creature he calls ‘The Beast’.
After discovering a warning to ‘stay away’, Val knows he’s on the right track.
Too bad supernatural crime solving isn’t the only issue to content with. Family drama and an unstable love interest further complicate his life.
With ominous threats, strange occurrences and bodies stacking up in the morgue, Val and his friends race to discover the identity of ‘The Beast’ and he soon discovers this could be the easy part of the equation. Keeping his friends safe and surviving could prove much, much tougher.

What Inspired You to Write Your Book?
Once I finished the first book, I knew Shiver Cove was going to be a series. I just loved that world too much to leave it. I really liked the idea of doing each book from a different one of the six friend’s perspectives.
Val’s story has influences from things that have happened in my actual life. Not to say that anything in the book isn’t fiction, but there are different scenarios that played out certain ways in my life and Val’s book gave me an amazing opportunity to play the ‘what if’ game and see what happened if things happened differently than my life or through a different set of eyes.

How Did You Come up With Your Characters?
Val’s character I sort of stole most of his characteristics and traits from someone close to me. (With permission.)
Normally I sit down and make up a physical description (which I did do this time) and then I answer a bunch of questions I make up until I feel like I know the character.
This time was much different, considering how well I know the real-life person I based Val on. In some ways it was very easy and in others it was actually a little tougher writing from the perspective of a real person.