You are here: Home / Fiction / Women's Fiction / Seven Days of Friday by Alex A. King @Alex_A_King 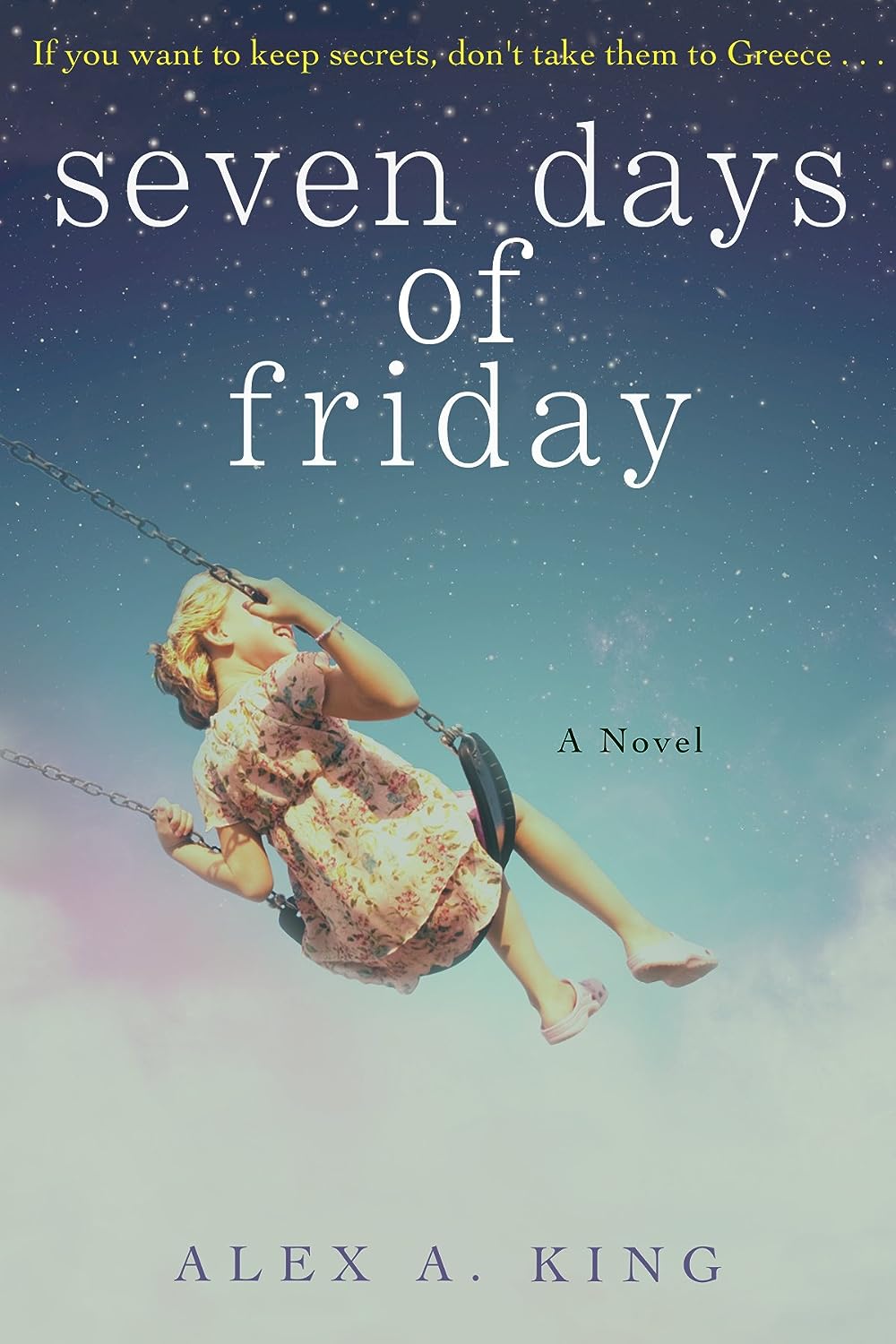 Seven Days of Friday opens with Days of the Week underwear and closes with a forty-year-old secret that refuses to stay submerged.

Thirty-four-year-old Vivi Tyler is living her nightmare: gay husband, self-harming teenager, melodramatic mother. They’re picking apart her sanity, one stitch at a time. She’s crawling along rock bottom when the arrival of a mysterious package opens a new door to a new country. A desperate Vivi dives headfirst into the quicksand that is Greece—her parents’ birthplace.

But it’s a paradise far from perfect, and instead of the new beginning she covets, Vivi discovers trouble is determined to keep her in its pocket. Soon she’s fighting for her daughter’s life in a Greek hospital, clashing with her Greek relatives, and cobbling together an inadequate cage around her heart, lest she fall for an unavailable man.

Before this story ends, somebody will be dead. And if some people are to be believed, this particular death is a good thing. A blessing, of sorts . . . .

What Inspired You to Write Your Book?
Spending three years in Greece at an impressionable age was the psychological equivalent of leaving a wet glass on a wooden table for a prolonged period. Every other story I write comes back to Greece in some way; I can’t seem to quit it. My parents moved our family to Greece as a whole unit, and our experiences there were surreal, to say the least, and often hilarious. Somewhere along the way (after writing became my thing), I began to wonder how utterly insane the experience would be if a single mom moved there during a major life crisis, while she was still dragging herself along rock bottom. She’d have to be some kind of emotional masochist, or completely desperate for change. And so Vivi Tyler was born.

How Did You Come up With Your Characters?
I started with Vivi. For me a character in a tough situation always comes first. There’s no story until I have a protagonist. Then it was a case of populating her life with people whose goals were often in complete opposition to hers. Melissa, Vivi’s daughter, was probably the most difficult character to write. I was a pretty happy teenager, never really angsty.

About the Author:
Alex A. King is the pen name of an author who uses her real name to publish other things. When she’s not writing, she’s on the floor crying after stepping on LEGO. She lives in the Pacific Northwest with her family.