"Memes of Loss and Devotion" by darrenwhite, is a collection of 15 speculative, science fiction and horror short stories. It examines the human condition, our possible futures, our challenges as a species and our failings as sentient, supposedly intelligent beings. Journey to a far future where all human minds are connected not only to each other but also to benevolent Artificial Intelligences. Technology may have changed, but the human condition has not, and neither has the human heart. A … END_OF_DOCUMENT_TOKEN_TO_BE_REPLACED

Synopsis: In the year, 2050, among the humans on the streets, there were these very few others. Others who were made in the biggest technology company, AITA (artificial intelligence and technological advancements), what humans call, the guardians. They were crossbreeds of humans and animals which had the highest Intelligent Quotient (IQ). They were created to protect all citizens with their special abilities. However, they had one enemy. The citizens called them the poachers. They are from … END_OF_DOCUMENT_TOKEN_TO_BE_REPLACED 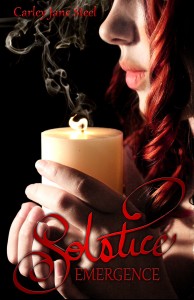 What if you could cheat death? What if everyone could? In a future run by an oppressive government, the winter and summer Solstices are no longer just the longest and shortest days of the year. On these two days, the barrier between the living and the dead becomes thin enough that, if the circumstances are right, it is possible to meet somewhere in between with the deceased. However, the Government strictly monitors all interactions to ensure that the rules of the Solstice are complied … END_OF_DOCUMENT_TOKEN_TO_BE_REPLACED