You are here: Home / Pet and Animal Books / Dogs / Schrödinger’s Dachshund: A Novel of Espionage, Astounding Science, and Wiener Dogs by Petronius Jablonski 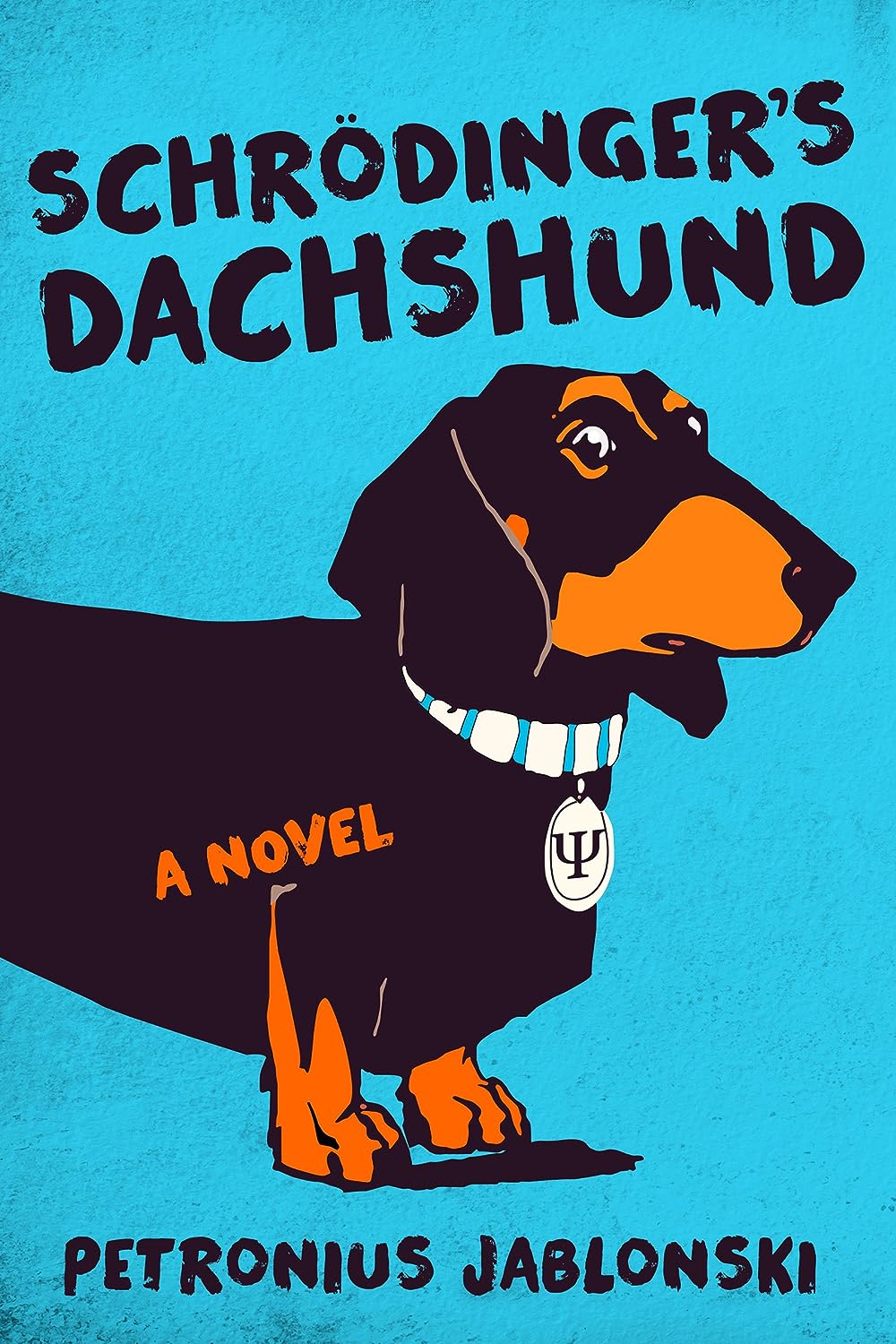 What inspired you to write your book?
I had no intention of writing about a Dachshund. It began as a thriller involving the NSA and security guards and a mirror-infesting entity named Mary Weatherworth. But then he appeared and showed me things I did not want to see and could not understand. I followed him like Boswell with Johnson and wrote everything down. It was as if he burrowed through from some other dimension and took over, dictating the direction and content of my book.

About your Book:
Many physicists believe there are universes parallel to our own, identical minus a few details. But they never speak of the Dachshund-related implications. Until now.

Set against the entropy of the mortgage meltdown, Schrödinger’s Dachshund prowls the shades of gray separating NSA agents from bungling security guards, science from the paranormal, internet memes from philosophy, and unpleasant necessity from evil.

Meet Maestoso the Dachshund. Avoid eye contact. You don’t want him inside your head. He’ll play with your mind like a squeaky toy and chuck it away when he’s bored. Should it be a source of relief or despair that the purpose of Creation is them, not us?

How do you see writing a book in the Pet Genre as different from writing other genres of books?
I don’t consider it in the pet genre. Maestoso the Dachshund is one of the characters in a serious novel, no less important than the humans. He is not here for your amusement. Quite the contrary.

Advice to someone that is thinking about or currently working on a pet book
If you see a Louis Wain Dachshund glaring at you, run.

Author Bio:
Petronius Jablonski studied Philosophy and Psychology at the University of Wisconsin Parkside. He dabbled in Physics and wishes he had not. The fundamental structure of things is too strange to bear and too bewitching to forget.

His stories about the malevolence of lotus pods and the Zen of Megatherium have been published in Sou’wester and Ashé Journal. Both are included in Some Call It Trypophobia, a collection of short fiction and an existential analysis of the phobia. Schrödinger’s Dachshund is his first novel.