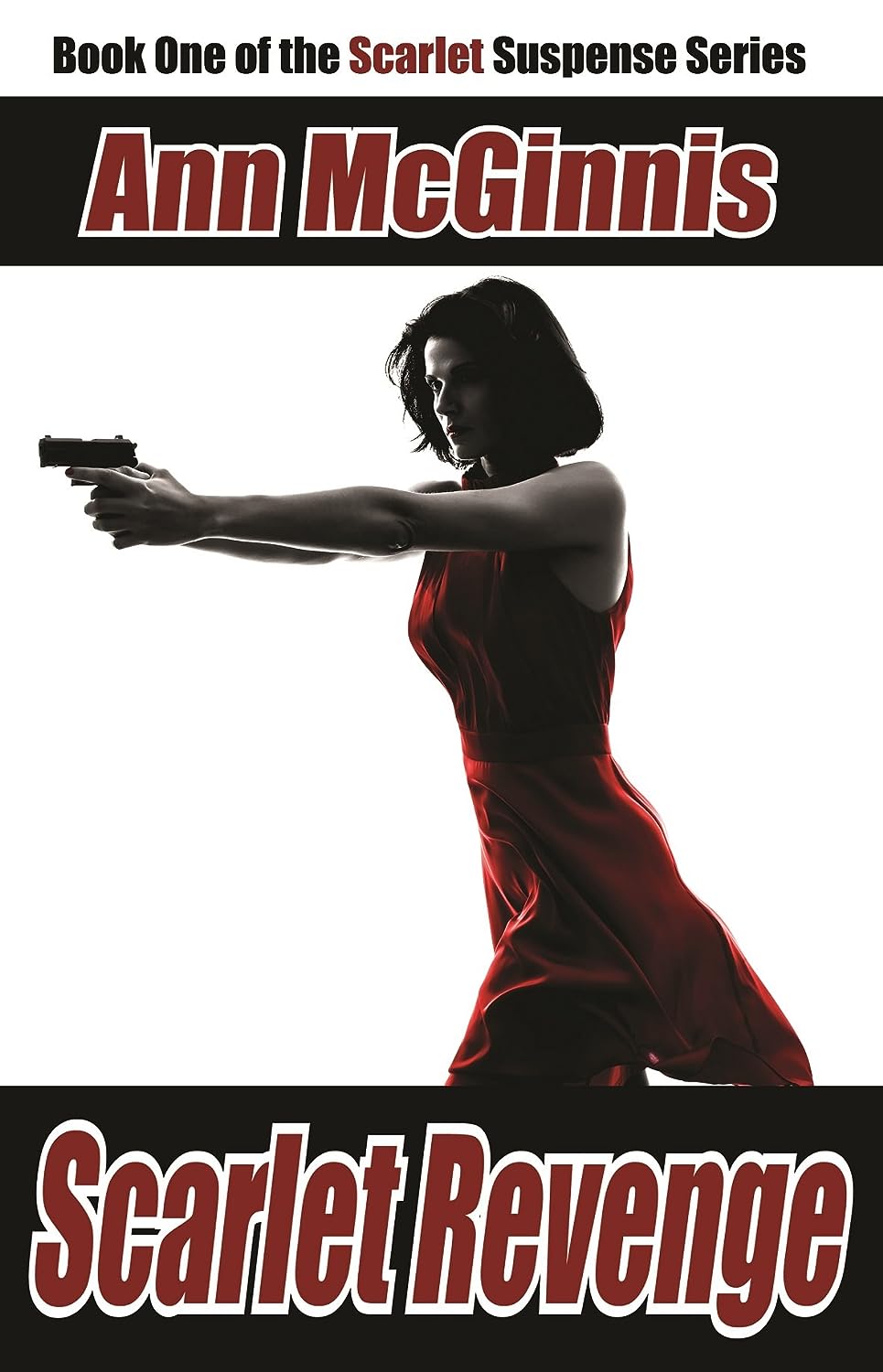 “Scarlet Revenge” is about a rookie female FBI analyst who struggles to contain a serial killer. Her only hope is to join forces with a devilish bombing suspect if she’s to have any chance of outwitting the killer and saving her team — including her sexy boss.

What Inspired You to Write Your Book?
I’m a working screenwriter, with two scripts currently in development. A third script, about a spunky FBI analyst, is the basis of “Scarlet Revenge” and main character Caycee Scarlet. It seemed a natural to turn the script into a book as a marketing tool. However, the book found a small press and is now first book in a series, with Book 2 “Scarlet Envy” coming out in May 2014.

How Did You Come up With Your Characters?
The main character, Caycee Scarlet, is the girl I’d like to be — if I amped up my ego and intelligence. I let her say all the things I’d like to say, you know, if I worked for the FBI and tracked killers for a living. The two male characters, that are the love interests in the story, are polar opposites. Agent Gil Graham is too good to be true, and bombing suspect Carl Hicks is a trickster that can’t be trusted.

Book Sample
Before I knew it, we were on the expressway headed southwest. Numb and feeling like I’d been sucker punched, I was not good trip company. The drive went by in a blur. Gil focused on the road and my mind replayed the argument with Wilkes until I could take it no longer. “Pull over!”

The tone of my voice must have startled him, because Gil guided the car to the shoulder of the two-way rural road. We’d left the expressway a few miles back. The rest of the way would snake through the mountains until we reached the secluded valley where the interrogation facility was hidden in plain sight. At least, that’s what I remembered from the little Gil said.

The traffic was light. We’d be okay on the shoulder. As soon as the car stopped moving, I hopped out. The setting sun spilled soft rays my way, but its golden light was little comfort to my tortured soul.

I took several steps away from the car and screamed at the tree line. Tall, majestic pines. They took it like pros, however, a black crow flew away in protest.

The wind caressed dry, brittle leaves across the red dirt ground. And clouds hung in the sky like cotton balls. I listened and watched, but none of it helped. Unleashing my anger at Wilkes had broken something inside.

Gil came up behind me, gently grabbed both of my shoulders and pulled me to him. We stood there for several moments, my back against his chest. His breathe, a calming presence against my hair.

“I wondered when you’d break,” he whispered. “You can let it out here.”

In a rush, I turned to him and clung to his lapels. What we must have looked like, two suits sharing a nervous breakdown at the side of the road.

“Granted,” Gil whispered, “you’re first day on the job was worst than most, but you saved a life.”

“I can’t talk about it.” I looked up at him, ready to make one more mistake on this horrendous day of mistakes.

I couldn’t say it, so I let my hands slide up his chest, around to the back of his neck, rose to my tiptoes and melted into his lips. He responded by picking me off my feet and pulling me as close as possible.

If I’d hoped he’d reject my advances, to save me from myself, that thought was fleeting. Nothing could stop us now.

Author Bio:
Ann McGinnis writes about characters that let their egos and sense of justice rule their lives, while they protect the public from serial killers and unthinkable crimes. Of course, Ann’s characters always find a way to blow off steam — romantically!