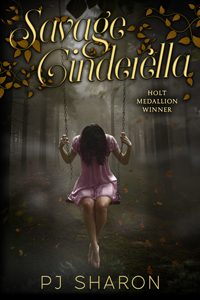 Eighteen-year-old Brinn Hathaway has survived alone in an abandoned cabin in the High Country of North Georgia since she was a child. If her life is lonely and less than complete, at least she is safe from the man who kidnapped her, held her captive, and left her for dead in a shallow grave in the mountains. She believes that her parents are dead, the police are her enemy, and that if she returns to the world, her tormentor will find her. With the help of some unlikely friends, she has what she needs to survive, but is surviving enough?

Life takes a turn when a young nature photographer, Justin Spencer—in pursuit of the fabled Wild Child—captures her on film. While chasing the story of a lifetime, Justin is injured and Brinn comes to his rescue. The two build a tentative friendship, but with his own violent past, he must decide if proving himself is worth betraying the trust of the girl he has vowed to help. And after half a lifetime of living in isolation and fear, Brinn must decide if leaving the safety of her remote cabin is worth the hope—and danger—that may await her.

What Inspired You to Write Your Book?
While walking through the woods with my dog, I wondered what it would be like to have grown up in the wild, raised by wolves. I immediately "saw" Brinn running through the forest. Not with wolves but with a bear! The questions began and I was hooked on giving this character a voice. I wrote the first draft in ten days while in bed with the flu.

How Did You Come up With Your Characters?
Brinn came to me fully formed, complete with the name, Brianna Hathaway and the nickname Brinn. Surviving a kidnapping, two years of abuse at the hands of a monster, and then being left for dead in the mountains meant that she needed to be strong, resilient, and capable, all traits I value in a heroine.

Book Sample
Before she had a chance to decide, Brinn heard a loud cry from behind her. Doubling back on the trail, she watched as the man tumbled down the hill—a blur of flailing arms and legs—and crashed with a thump against a tree.
After a moment’s hesitation, she slipped and slid down the slope, her heart thundering with the fear that he might be dead. Though she had no reason to concern herself with the well-being of a stranger, she couldn't fight the desperate desire to help him. She’d led him up this trail knowing full well how dangerous it could be. She prayed he wasn’t hurt because of her.
The spark of connection that she’d felt when their eyes had met touched a distant place deep inside. Flashes of the family she’d lost long ago surfaced with unexpected clarity, intensifying the panic that rose in her chest.
When she reached the bottom of the hill, she slowed her steps and approached him carefully. He might be playing possum in order to capture her.
From a few feet away, she could see that wasn’t likely. Blood oozed from a nasty gash on his head, darkening his soft brown curls. His ankle was twisted awkwardly and already beginning to swell. Even if he was conscious, he wouldn’t be walking on his own, let alone running a chase. She sat down and considered her pursuer, watching his chest rise and fall, a sign, at least for now, that he was still alive.
The light was fading as the sun settled below the tree line, casting dark shadows like pools of marsh water. The cool air chilled her warm flesh, and she knew she had to get back to the cabin for the night. Left behind by some early settler, it was well hidden and far from any main trail—a place no one would ever find her. A safe haven from weather and the prying eyes of strangers, the abandoned shack was her home.
Bringing this man to the cabin was unthinkable, not to mention unmanageable, based on the width of his shoulders and his long-limbed frame. Brinn frowned.
He was a stranger who meant nothing to her. Why had his smile and the sunshine warmth of his eyes sparked such a response of longing? The pain of loneliness tugged at her heart. She disregarded the familiar and constant ache, having convinced herself that it didn’t matter.
She knew she should just leave him there, but the thought of him in the woods at night, injured and alone, plucked at a distant memory.
It was another night in May when the cool mist of the mountains had rained down on her and she had awakened—bruised, terrified, and alone, covered in dirt and leaves. Eight winters and springs had passed, but the feeling came back sudden and sharp. She knew she could not leave him there to die.