You are here: Home / Bargains and Freebies / Bargain Books Under $3 / Royal Flush by Scott Bartlett @scotttbartlett

The Kingdom is careening toward catastrophe. Meanwhile, the King is cruising seedy taverns looking for likely maidens.

“The King” is his only name. He avoids responsibility at all costs. He executes anyone who annoys him. He keeps his mother locked in a dungeon.

But deep down, what the King really wants is to be loved. During this misguided search for romance, he is portrayed as a cross dresser by the Kingdom Crier (the Kingdom’s most popular tabloid). Shortly after, he must defend his castle against a siege, with only his royal fiddler – while attempting to steal his royal fiddler’s girlfriend. 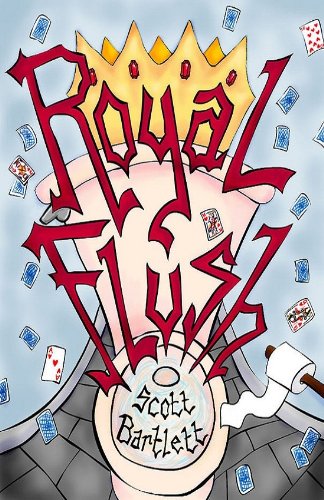 About the Author:
Scott Bartlett has been writing fiction since he was 15. His medieval comedy novel Royal Flush received the H. R. (Bill) Percy Prize. His contemporary novel Taking Stock received both the Percy Janes First Novel Award and the Lawrence Jackson Writers’ Award.