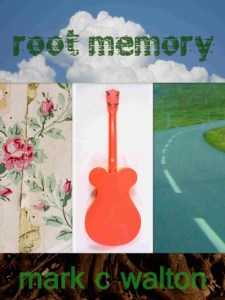 It’s late 2008, and while the financial world is teetering at the brink of a precipice, mild man of rock Nero Bain has tipped over the edge of his own crisis and is admitted to a psychiatric unit. Since turning his back on the British post-punk music scene in the early eighties, Nero has been on a downward slide. These days he’s a rent collector for uncompromising loan shark Fin Dixey, but recent distractions have resulted in a misunderstanding over money between them. Nero decides to escape to the country from his seedy Oxford surroundings, embarking on the trip with friend and ex-roadie, Kevin.
While on the road, searching for a new direction to his life, Nero meets with a succession of unconventional individuals and peculiar situations. In the process, he uncovers intriguing buried layers of his family history and experiences an intense visionary insight into the true meaning of empathy — ultimately attempting an audacious and unorthodox solution to his problems.

What Inspired You to Write Your Book?
During the 2008 financial crash, a friend and me originally thought about writing a self-help book called, “How to Survive in a Society You Hate”; railing at the injustice of the bankers who had led us into the crisis, the greedy corporate grip over us all; looking for ideas really to escape the madness of it all and find alternative paths to a fulfilling and sustainable lifestyle. Well, by the end of the first chapter I discovered there was a story I wanted to tell that was bubbling up from somewhere (I’d never written any fiction previously). So I ended up writing “Root Memory” as a novel instead. What particularly sparked off the direction I eventually ended up going with it was an episode from a BBC documentary series called “Tribe” about the followers of Bwiti from the Gabon and their visionary insights.

The story also traces the teenage years of the principle character, Nero Bain, passing through his fascination with ’70s art rock music, girls… and launching the first snail into space – not entirely un-autobiographical. He ends up playing guitar for a British post-punk band but doesn’t really feel comfortable in that role, being more of a mild man of rock. I wanted to examine what could happen to someone who has had a taste of that world but who has then come down to earth with a bump; how they cope with it. He’s an anxious, ordinary guy who finds himself middle-aged and in a rut, still missing the only girl he ever loved, but lost. An odd chain of events mean he has to shake himself out of his torpor and try to change his life.

How Did You Come up With Your Characters?
A couple are based on real people, others amalgams and conflations of friends, past work colleagues, teachers – the list goes on. One character in particular, Aubrey FitzMortimer, I had real fun with, and I think there could be another novel just about him and his adventures.

Book Sample
“…He wondered at the correct protocol for camping on farmland. Should he knock on the door of the nearest farmhouse and ask permission, risking a surly rebuke, or perhaps try and find a more out of the way spot and simply get on with it? Twilight was edging towards darkness when he spotted a copse perched on a hillock a few yards along a track on the next bend. A startled pheasant klaxoned alarm as it franticly flapped its escape from a nearby hedge. From a creaking branch, a watchful magpie angled its head at Nero, eyeing his approach towards the lonely clump of trees. As he squelched his way along the muddy path towards his own roost for the night, Nero fancied himself as possibly being mistaken for a convict on the run; a Magwitch skulking along the dimming skyline…”

About the Author:
Mark grew up in the English West Midlands, moving to Oxford in his late teens where he remained for over two decades. He now lives on a hill in Shropshire with his wife, a greyhound and three ferrets. Interests include photography, quiet walks, and loud guitars. Mark waited fifty-two years before he decided to become an unknown author.